Describing what it is like to live with Bipolar Disorder is difficult; language has its obvious limitations and it’s hard to get past the usual descriptors of depression and mania (or hypomania in my case) to really explain what Bipolar feels like.

As part of the therapeutic process I’ve been encouraged to describe my condition via drawing and painting (which is difficult enough given that I have no artistic talent whatsoever!). So, below is my first attempt, which tries to describe what goes on in my head using abstract shapes.  There is a continuum of erratic mood juxtaposed against an undulating pattern which is relatively predictable; smiles and sadness co-exist in the same space. 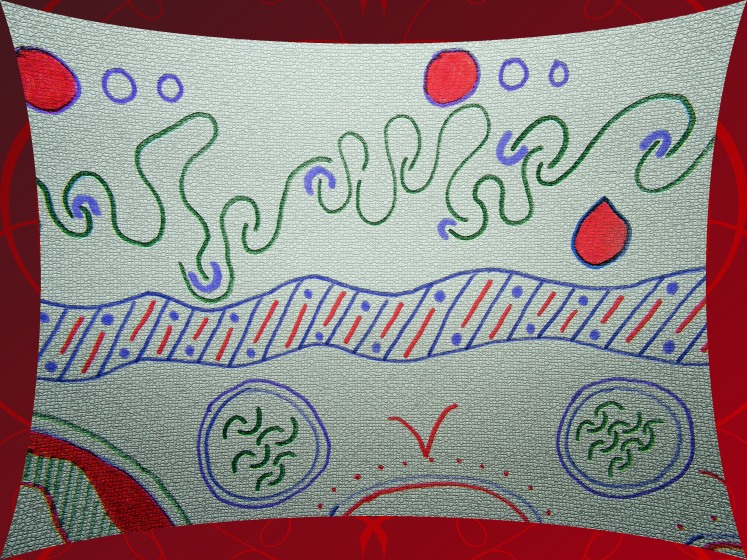